done the Next Big Thing

So last week I got tagged by the most excellent David Barnett, sci-fi author and journalist and possibly the hardest-working man in Bradford, as part of the Next Big Thing meme. He explains it best: “There’s a thing going round the internet and it’s called the Next Big Thing, in which writers answer a series of set questions and then tag five other writers to do the same.” It’s not about those writers being the next big thing (though OF COURSE we all are – it’s about the next big thing we’re working on. Usually a novel. 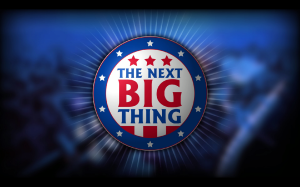 It seems so far to have been restricted to sci-fi/fantasy writers, but David kindly busted out of genre and tagged me. (I also got a request a few days ago from YA author Julie Mayhew, whose debut Red Ink is coming out in 2013). It seems that now it’s leaping from genre to genre like wildfire, so like a literary Typhoid Mary, I’ll do my bit to spread it around my fellow authors in as many fields as I can.
Here goes!

What is the working title of your next book?
The Hanging of Hannah Hawking. It was until quite recently going to be called Hannah Hawking: A Newgate Story, but I think the new one’s a bit more eye-catching.

Where did the idea for the book come from?
A few years ago I picked up Derek Hudson’s biography/edited diaries of a rather remarkable Victorian gent – pillar of the establishment, muttonchop whiskers and all – called Arthur Munby, who had a thirty-year relationship with (and secret marriage to) his housemaid Hannah Cullwick. He wrote a diary which chronicled his daily life, meetings with the great & good, etc. – but he also made Hannah keep a diary, and the extracts from hers were what leapt out at me. Her style is so direct and different from his, and it was fascinating to hear a Victorian voice which, to me, was completely new, and almost never found in the fiction of the era – here’s an extract:

“i often thought of Myself & them, all they ladies sitting upstairs & talking & sewing & playing games & pleasing themselves, all so smart & delicate to what i am … & then me by myself in that kitchen, drudging all day in my dirt, & ready to do any thing for ‘em whenever they rung for me … How sham’d ladies’d be to have hands & arms like mine, & how weak they’d be to do my work, & how shock’d to touch the dirty things even … [but] the lowest work i think is honourable in itself & the poor drudge is honourable too providing her mind isn’t as coarse & low as her work is.”

Though I can’t realistically write the whole thing in this style (believe me, I tried), there will be sections from my Hannah’s diary interspersed with the main narrative to retain the flavour of her voice. Around the same time, I also read James Ruddick’s excellent Death at the Priory, about a real-life murder case in Balham in the 1870s, where a middle-class lawyer (Charles Bravo) was poisoned, and his wife Florence suspected, but never charged. The two stories taken together gave me the idea of a murder case in which the housemaid was accused, told from her point of view.

What genre does your book fall under?
Historical fiction; specifically it’s a Victorian murder mystery. Sort of.

What actors would you choose to play the part of your characters in a movie rendition?
Oh blimey … this is definitely the hardest question. I’d love a super-talented unknown 19-year-old for Hannah the housemaid: that way the audience will have no preconceptions about what sort of character she is.

Hannah’s master, John Eynsford: If Aidan Turner and Rafe Spall (the two in the middle) were genetically blended in a Fly-style replicator accident, Aidrafe Turnspall would be perfect. 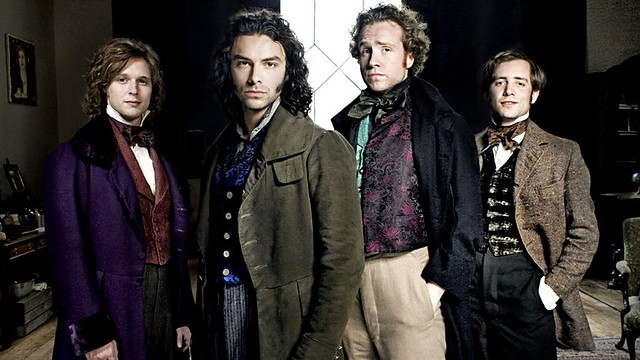 His wife, Clara Eynsford. I think Mia Wasikowska has the right kind of fragile/scary prettiness, and she has period “form”, having played Jane Eyre already.

Dr. Beddoes – I would allow John Hannah to take on this role: no audition necessary. He’d have to dye his beard, though.

Dr. Ryner – Ryner is described at one point as "handsome as the Devil" - so if John Barrowman could grow a moustache and do an English accent, bang on! Not so sure about the spangly tux, though.

Daniel Watkins, yellow-press journalist: I know you’re not meant to cast your friends, but I think Liars’ League actor Cliff Chapman can exude the right mixture of creepiness and sympathy. I expect he’ll be famous by the time the movie goes into production :)

Susan – another maid: Jennie Jacques, though she’s a bit too pretty – the makeup department might need to dowdy her down a bit. (I am basically stealing a lot of the cast from Desperate Romantics, which is set around the same period, and which I loved).

What is the one sentence synopsis of your book?
London, 1860: Housemaid Hannah Hawking lies in Newgate Gaol, accused of poisoning her mistress – but when gutter-journalist Daniel Watkins approaches her, she seizes the last chance to tell her side of the story. What is the truth behind the Kentish Town Murder – and who will swing for it? (Sorry, that’s two sentences).

Will your book be self-published or represented by an agency?
I really really hope Penguin will pick it up, as they published my last one (The Unpierced Heart AKA The Whores’ Asylum). My agent Vicky Bijur, and her UK sub-agent Arabella Stein of Abner Stein, will certainly be representing it. 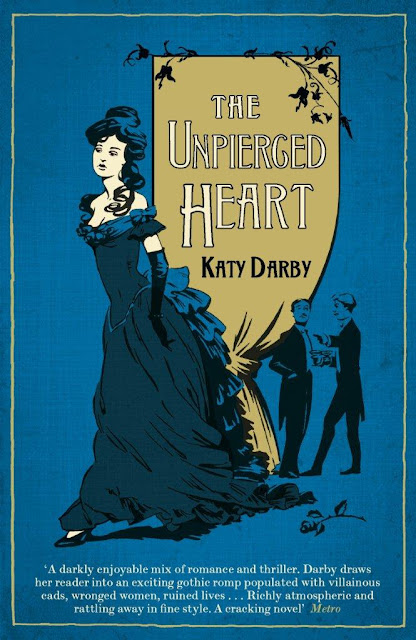 How long did it take you to write the first draft of the manuscript?
Ha! Ask me again at Christmas. If I finish it when I want to, it will have been about a year in total (not including a break of a few months I took to travel round America with my sister and do various other things).

What other books would you compare this story to within your genre?
In terms of modern novels, I’d hubristically invoke Sarah Waters’s brilliant Affinity, given the strong prison element. It’s not really a “Newgate Novel” in the usual sense (they were sensational biographies of famous real criminals written in a novelistic style, over a century before Capote’s In Cold Blood) – but it definitely draws on them.

I’m also a huge fan of the sensation fiction of Wilkie Collins and it owes a big debt to his work, and a little bit to Dickens too. Which aren’t hubristic comparisons at all, of course.

Who or what inspired you to write this book?
My editor at Fig Tree/Penguin, Juliet Annan, who asked me to pitch some ideas when we met to discuss my first novel. And Hannah Cullwick, of course.

What else about your book might pique the reader’s interest?
The fact that it’s similar to my last one, in terms of setting and style (though The Unpierced Heart was set in 1880s Oxford and I’ve gone back to 1860s London for this one – partly because the last public hanging at Newgate was in 1868).

Also, there’s lots of cool stuff in it, like a music hall scene, and an inquest, and a bit set in an opium den (there's an extract of the opium den scene here: it's part of a tale-within-a-tale narrated by Hannah's master, John, in case anyone gets confused by the male voice). There's even a bit where someone has to have their heart restarted by an injection of brandy (an actual thing at the time, taken from the Priory case). There’s also a girl-fight, a bloke-fight, a monkey, plenty of prison awfulness, a bonkers mistress, a fire, and all sorts of other fun Gothicisms. Buy it!

And now I get to tag five other writers (there are loads more I’d like to include, but some have been tagged already and others don’t have websites or blogs):